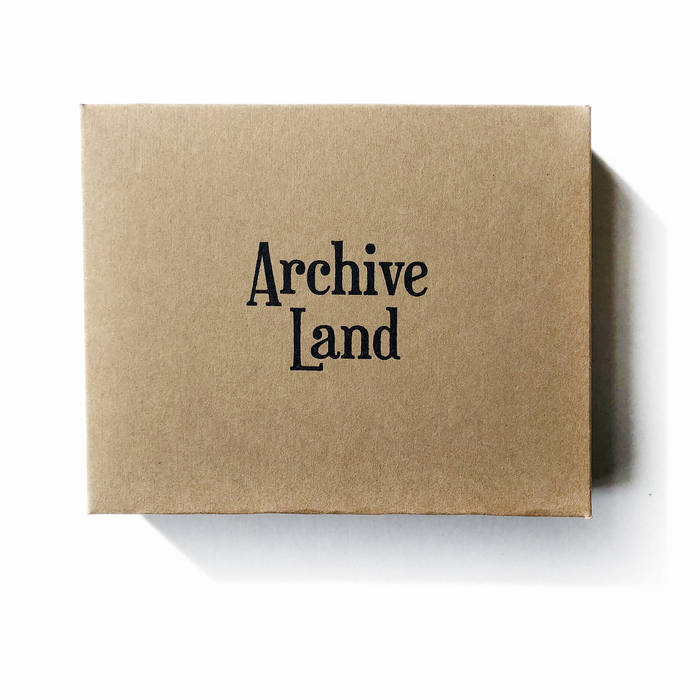 Archive Land opened at the Museum of Applied Arts in Cologne in May 2019, as part of the Artist Meets Archive series for the Photoszene Festival. Like many museums the MAKK holds a wealth of materials that are hidden away in a dark basement and rarely see the light of day. So, for this special project Dutch artist Erik Kessels was given access to this unique collection and chose images from their photo collection. Reproducing these photographic plates to enormously oversized playing cards he built a huge house of cards, which you could visit inside the museum.

To accompany this Erik invited Scanner to create a sound installation to translate the archive into sound. He began by thinking about the photos themselves and what music might have been listened to at the time when they were taken. He settled on the work of Beethoven and replayed a very famous sonata of his on the piano, extremely slowly. To this he added all the sounds that might emanate from the photographs themselves, so the ticking of clocks, footsteps, horses, someone coughing, a crowd in the street, church bells, birdsong and more. All of this was then filtered through a kind of sonic lens so that the sounds appear and disappear, as does the music, suggesting a dreamlike quality to the room, moving the past to the present.

The installation resembled an archetypal dilapidated historical building. Just like an archive, these structures are often hidden away and difficult to access – relics from bygone times. Walking through these motifs ranging from the Middle Ages to the 19th century and letting the mind wander encouraged visitors to perceive these usually hidden visual worlds in a new way.

The pattern collection of the Cologne Museum of Applied Arts is part of the museum’s comprehensive Graphics Collection that was built up with the founding of the museum in 1888. The pattern collection comprises approx. 25,000 illustrations from the Middle Ages to the 19th century and served as a visual guide to ‘good taste’: photographs, prints or clippings from publications showing primarily handcrafted objects of all types, but also historical buildings, cityscapes, landscapes, interiors, expeditions, botanical motifs or animals.

Erik Kessels (born 1966 in Roermond, Netherlands) lives and works in Amsterdam. He is creative director and head of the KesselsKramer advertising agency in Amsterdam, which he founded together with Johan Kramer in 1995 as a “legendary and unorthodox” communications agency. Since 2000, he has also published the Useful Photography magazine and has edited several books, for example Missing Links (1999), The Instant Men (2000), In almost every picture (2001-2013) and Wonder (2006). www.kesselskramer.com

The exhibition was accompanied by playing cards and a music cassette in a special collector's box (200 copies, signed by Erik Kessels and Scanner), available only at the museum box office at the time. These are now the last remaining copies available and will not be reprinted.