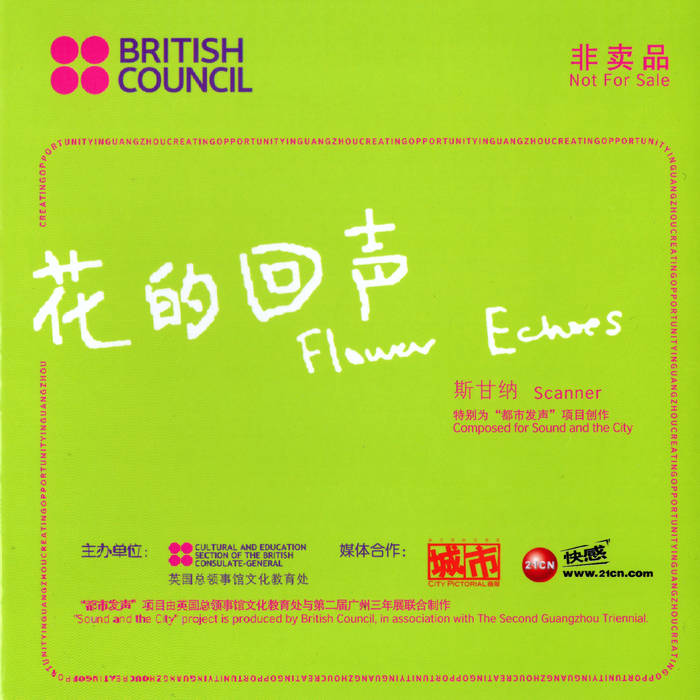 Commissioned by the British Council China for Guangzhou 2005, as part of their Sound and the City project, alongside works by Brian Eno and David Toop.

This work explores the idea of place, history and identity of the city of Guangzhou, China.The recording presents an extensively detailed recorded work that combines Chinese voices over recordings captured whilst visiting the city, framed around processed recordings of more traditional Chinese musical elements, creating a dreamy, insular and exploratory sound world.

I pressed up the CD in a generous edition of 35,000 copies for free distribution across China.

Embracing both the cultural and the historical, the city and the wilderness, this work appraises and celebrates the geographies people inhabit, visit, defend, destroy – and overlook.

Sound And The City was an innovative sound art project, conceived by the British Council and realised across China between 2005-6. Seven leading UK sound artists –Brian Eno, David Toop, Peter Cusack, Clive Bell, Scanner, Kaffe Matthews and Robert Jarvis - were invited to create new work inspired by the civic sound environments that they found in four cities – Beijing, Shanghai, Chongqing, and Guangzhou. The artists’ experiences were also documented in a special catalogue, along with essay contributions from UK and Chinese critics. The project also invited the Chinese general public to describe their favourite sounds of the cities that they live in. Those descriptions, along with audio recordings, are contained within the book and accompanying CDs. Many of those favourite sounds are ambient ones, less and less frequently heard as Chinese society changes at its current ferocious pace. More on this here