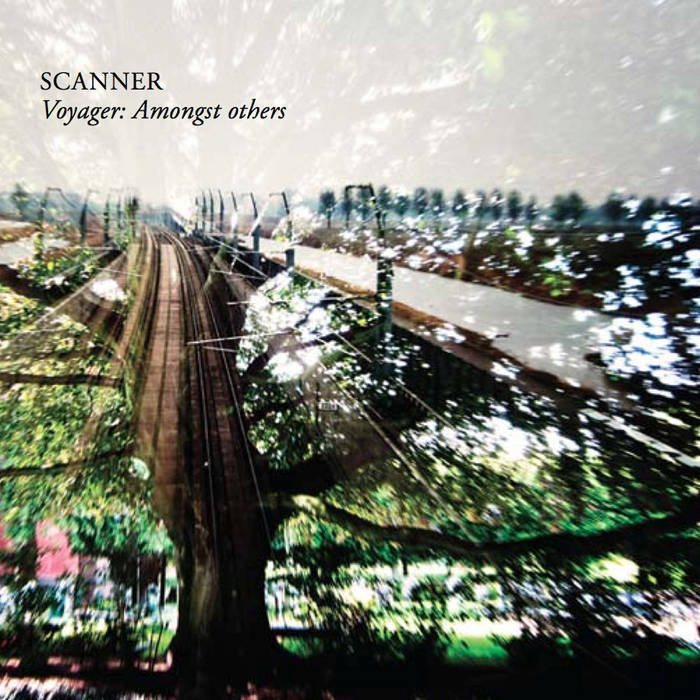 This sound work explores the idea of place, language and identity around the Dutch High Speed Rail Line expansion (HSL-Zuid) in The Netherlands. It was originally released as a very limited edition CD in The Netherlands for a larger art project, but felt it valuable to share with listeners. Trans/Fer was an international project supported by the Dutch, Belgian and French railways.

Place-names are an ancient and continuous record of our history. Their study enlarges our knowledge not only of topography and human settlement, but also of institutions and of our language itself. Voyager: Amongst Others suggests an idea of both history and philology, but also of minute local enquiry and observation, and allows the listener to experience both historical dimensions and the cultural significance and relativity of this new geography.

Over an extended period I collected recordings from many of the localities that are passed on a journey across The Netherlands, echoing the trajectory of the train line. Accompanying these compositions made from this sonic detritus picked up all over the countryside, I made recordings of local residents reading through place names of the cities en route in the form of an abstract poetic text.

Removed from the physical map and aligned with recordings of the locality, the ambience of the towns and cities themselves, the work explores the collision between physical space and the human mind.

Some place names have an immediate understanding, reflecting a historical perspective, others from a developing city, and yet more demonstrating a celebration of historical figures and acts.

Embracing both the cultural and the historical, the city and the wilderness, this work appraises the geographies people inhabit, visit, defend, destroy – and overlook. Sometimes it is the most visible things are become invisible to us. Here, for a moment, is a chance to retune and look, listen and think again what might be lost.

Atelier HSL is an arts and cultural programme based around the Dutch High Speed Rail Line. Its web site functions as a medium where activities surrounding HSL are presented on-line. The concept for the interface is a matrix of points that symbolises points on a map and the distance between them. Since the arrival of the HSL, time and distance have become relative because of speed. Cities are drawn closer together: to a traveller, Amsterdam will be ‘nearer’ to Paris than to a southern Dutch city such as Arnhem. By the expansion and contraction of the points of the matrix, areas are created for the content of the site. This expansion and contraction relates back to the idea of the relativity of time and distance.

The arrival of the High-Speed Line will add to the growing tourist industry, to the ongoing globalisation of the economy and culture, and to the acceleration of our lifestyle. European cities will be drawn closer together in terms of time. For someone in Amsterdam, Paris will soon be nearer than a southern Dutch city like Maastricht.