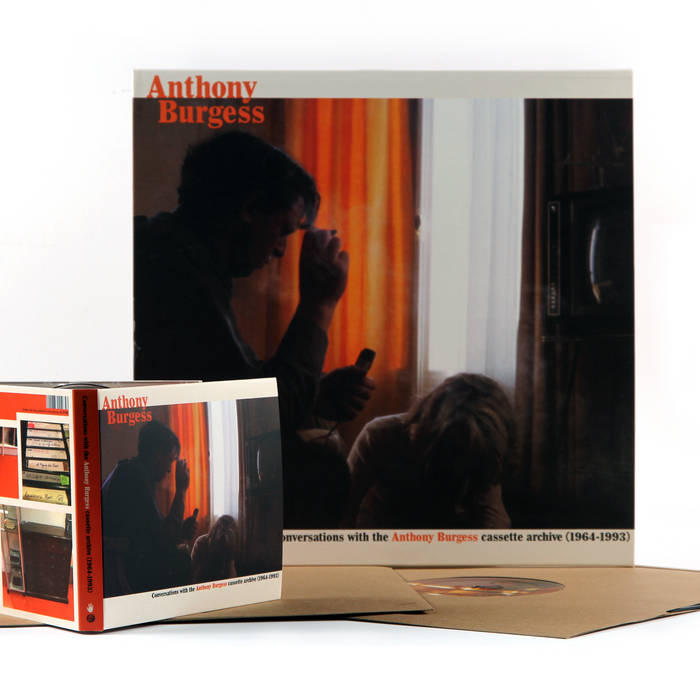 This special project was curated by Alan Dunn in collaboration with the International Anthony Burgess Foundation and Sub Rosa.

Disc 1 contains the very first and last known recordings of Burgess's voice alongside domestic incidents, rehearsals and answering machine messages, while Disc 2 invites 23 artists and musicians to remix the rare material into a unique Burgess portrait far beyond 'A Clockwork Orange'.

Anthony Burgess's second wife Liana carried a cassette recorder with her at all times to capture her life with the author and their son Andrew. This extraordinarily intimate audio archive of over 1,000 cassettes now sits with the International Anthony Burgess Foundation and artist Alan Dunn has been granted access to select excerpts from it and curate sonic conversations from others.

I created several variations for the release. One was released officially on the LP set. For this special issue I have added an unreleased extended mix of the track. Fan Club members will have access to two very different and expansive variations of these pieces in their subscription.

For copyright reasons I cannot unfortunately offer the digital files of the other artists, so this mostly a release for listeners to pick up the last remaining vinyl copies.

Born in Manchester in 1917, Anthony Burgess was educated at Xaverian College in that city and at Manchester University. He served in the army from 1940 to 1946 and as an education officer in Malaya and Brunei from 1954 to 1959. He published more than 50 books (including 'A Clockwork Orange' and his masterpiece, 'Earthly Powers') and composed around 250 musical works. He was created a Commandeur des Arts et des Lettres by President Mitterrand of France and a Commandeur de Mérite Culturel by Prince Rainier of Monaco. He died in London in 1993. His books are still read all over the world.

Alan Dunn is an artist and curator based between Liverpool and Leeds, where he is a reader in Art & Design at Leeds Beckett University. His projects have been presented at Tate Britain, ICA, Liverpool Art Prize, BBC Radio and Bluecoat. See www.alandunn67.co.uk

The International Anthony Burgess Foundation in Manchester is an independent educational charity which encourages public and scholarly interest in all aspects of the life and work of Anthony Burgess. See www.anthonyburgess.org

Project curated by Alan Dunn in collaboration with the International Anthony Burgess Foundation and Sub Rosa.
2019