We Could Bring You Silk In May 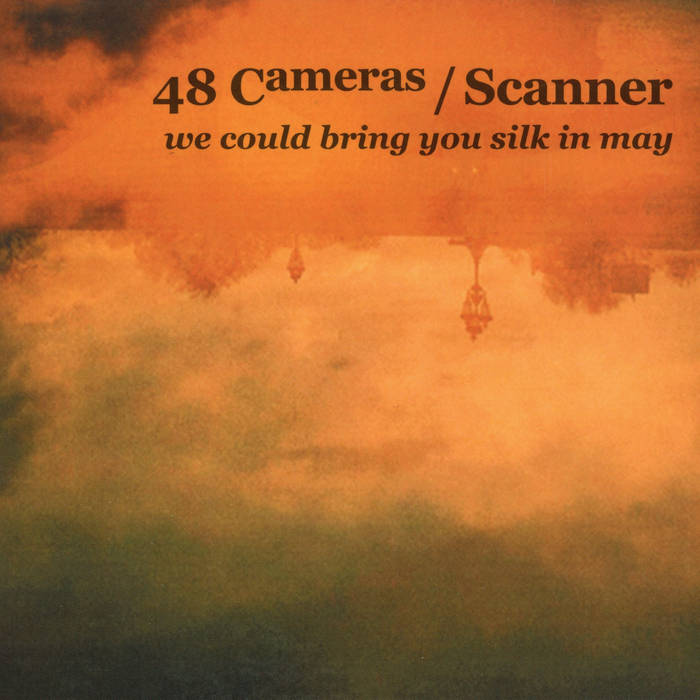 Gabriel Rojo Quite an unexpected departure, and a succesful one at that - more in the Steve Roach / Mark Seeling / Byron Metcalf meditative vein. Favorite track: Rainfall ＃1.

marklovesdeafrobots I have only listened to the first track so, beautiful. Not sure I get rainfall from it
Perhaps not a title you most like to be reminded of, given your mishap overnight. All the best. Mx

This was a very unusual project that actually turned out extremely well. As often with my work I receive an invitation from a stranger to work on something new and I embrace such opportunities. Here, for the sake of context, I enclose the original email I received back on 11 July 2011:

"dear robin _ *** *** kindly entrusted me your mail address. but first at all, all my apologies for my academic english which is not at all my mother tongue. 48 Cameras "are known since 1985 as an international & musical project of variable geometry (Belgium, Netherlands, Québec, Scotland & United Kingdom for now). Some of its members never met the others. During the past years, this co-operative of musicians & non musicians recorded 9 official albums & welcomed guests - mostly via Internet - coming from various countries, cultures & disciplines, guests as Rodolphe Burger, Sandy Dillon, DJ Olive, Michael Gira, Tom Heasley, Gerard Malanga, Charlemagne Palestine, Vesica Piscis, David Coulter, etc. This methodology has led to a kind of domino theory effect creating an ever increasing network of contributors & an ever evolving series of musical accidents.". i never have been able to pay anyone. i'm 58, the sole survivor of the original line-up & the only one to appear on every album of the collective. in fact, we never recorded two albums with the same line-up ;-) since one month, i'm a grand-father too ;-) i know / appreciate scanner's work since years & own some of our albums. let's go to the point : could you ever been interested to appear on this tenth album. for now, the second cd contains two songs & three long drones tracks (we will probably add some vocals parts or some spoken-words later). i know how much this request may be clumsy or even stupid but who knows... more informations on demand ;-) anyway, thanks for having reading this (?). some words? all the best _ jean"

So I simply said 'yes' and you have what you can hear today. Jean completely trusted me to add what I wished, with only the rare cautious critique. Jean sadly passed away in 2018. In preparing this album for release here I also found a series of additional unreleased mixes that I created for the project. And a remix which as far as I can tell was never actually released at all, nor do I have any idea of the performers or players. I just know that I completely reworked this into this very dynamic new shape.

So, enjoy the fruits of a collaboration where almost no-one spent time with another of the guest. It would have been the most perfect approach to our Covid times too!

Written and performed by 48 Cameras and Robin Rimbaud