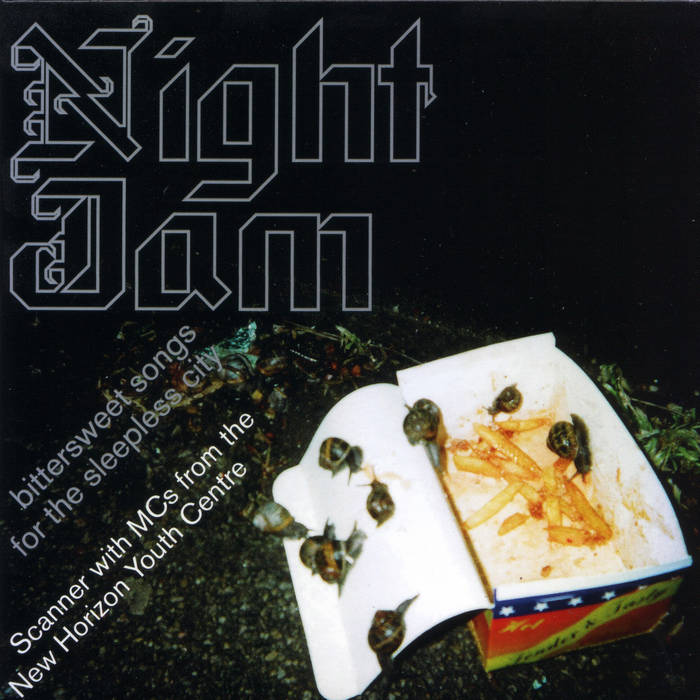 karl lovblad Again another interesting release from Scanner. The style again is quite different from some other recent releases.

Joe Reilly Hear Scanner talk about the amazing process of working with youth who live on the street to create these amazing works in an interview here on CKCU-FM in Ottawa. cod.ckcufm.com/programs/107/54896.html
I love how Robin has given voice to young people we don't normally hear from. And he has done so with great respect and care. Favorite track: Sleepless City.

A music and photography project by Scanner, with MCs and photographers from the New Horizon Youth Centre, the day centre for homeless young people in King’s Cross, London. This took place in 2006 and the results were released as a special CD edition. For this Bandcamp release I've included all the extra remixes that were commissioned at the time too, which have never been officially released.

This remains a free release, but 100% any monies raised will be given directly back to New Horizon Youth Centre to continue their support for young people.

"NightJam is the latest project in Artangel Interaction’s Nights of London series of artist-led collaborations with people who have a special view on a hidden side of the nocturnal city. Scanner invited young people at New Horizon Youth Centre in King’s Cross to collaborate on a creative project that expresses how the city at night looks and sounds to their ears and eyes.

Through music and voice workshops they explored the sense of freedom and fear, celebration and solitude of the concealing darkness. Meanwhile, they captured their nights on disposable cameras, taking images that are at times eerie, startling, contemplative and funny. NightJam presents two elusive visual and musical journeys through the city’s ‘quiet’ hours."

Read my extended blogpost about this release here
scannerdot.com/2021/11/nightjam-bittersweet-songs-for-the-sleepless-city/

Special thanks to the contributors, especially Robin, Utta, Marcel, Gica, Patrick, Natalie, Stef, Nathan, Justin, Taliso, Tanessa, Richard, Yonas, Yohanes and everyone who joined the sessions. Thanks also to all those who helped make this project happen, particularly Cathy, Sarah, PJ, Pauline, Shelagh, Ajay, Viviane, Nigel, Niall and all the staff at New Horizon Youth Centre and Artangel. Thanks to Wilson and Ian at Mind Unit. Thanks to Alex and Somaya for their vision. For endless support, Edith Garcia.